I receive emails from people around the world who are deeply confused and frightened by the teaching and supposed “miracle” ministry of Bill Johnson, Bethel Church, and Jesus Culture in Redding California. Many of these emails are from well meaning friends and family who have a loved one “immersed” in Bethel culture who won’t respond to their basic appeals for biblical clarity. Interestingly, time and again these lost sheep influenced by Bethel provide the same response to inquisitors. “We don’t put God in a box.”

This common tagline from Bethel “Don’t put God in a box” or, “God likes to draw outside the lines” appears often in Bill Johnson’s books. Why do they say it? What does it mean? Is it biblical?

For background, virtually every Scripture Johnson uses in his seminal work [When Heaven Invades Earth, Destiny Image, 2003] is taken out of context [In a former post I’ve documented errors of Bethel which we’ll set aside here]. In the first chapter of WHIE, Johnson presumes: What really happened outside the garden of Eden (Gen. 1:28), Satan is empowered through an invented term “agreement” (Rom. 6:16), Jesus supposedly came to recapture man’s dominion (Lk. 19:10), the Father really wanted Satan defeated by man (no text), the word “evil” actually means “sick and poor” (Matt. 6:13), the key of David is held by believers not Christ (Rev. 3:7), miracle power is what got buried in Christ’s parable of the talents (Matt. 25), all should be seeking a special baptism of the Holy Spirit (something the Gospel authors and Paul connected to conversion),[1] and “all we ask or think” really references signs and wonders. (Eph 3:20)

Space won’t allow we exegetically analyze the entire book, but the point should be clear: Johnson fundamentally manipulates large portions of the Bible toward his own end. However, the most egregious and deceptive example of this is the dichotomy Johnson attempts to create between the Bible and the Holy Spirit, as if they operate with two separate missions. Repeatedly Johnson pits the Holy Spirit against the Bible by writing that Scripture is insufficient to discern the voice of God:

“Jesus did not say, ‘My sheep will know my book.’ It is His voice that we are to know. Why the distinction? Because anyone can know the Bible as a book – the devil himself knows and quotes the Scriptures. But only those whose lives are dependent on the person of the Holy Spirit will consistently recognize His voice. This is not to say that the Bible has little or no importance. Quite the opposite is true. The Bible is the Word of God, and scripture will always confirm His voice. That voice gives impact to what is in print…”[2] 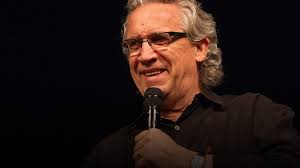 God: “The voice gives impact…” Manipulatively, Johnson has separated God’s voice from God’s Word. This is done to give authority to personal revelation outside of, and over the written Scriptures; a demonic plot that dates back some 1800 years.[3] Johnson continues, “to follow Him we must be willing to follow off the map – to go beyond what we know.” (pg. 76)… and “signs (the Bible) have a purpose… they are not an end in themselves… they point to a greater reality… the sign is real… but it points to a reality greater than itself… We’ve gone as far as we can with our present understanding of Scripture. It’s time to let signs have their place.” (pg. 129)

Here Johnson positions the Bible as a “sign” to the real voice of the Holy Spirit. Is that okay? Clearly, Jesus did not think it was okay, for even while on earth He taught His disciples through the Scriptures, “Then beginning with Moses and with all the prophets, He explained to them the things concerning Himself in all the Scriptures” (Lk. 24:27). Paul also didn’t believe that it was okay, “So faith comes from hearing, and hearing through the word of Christ.” (Rom. 10:17). In fact, orthodox theological and historical Christianity has always taught the Holy Spirit chose to speak in the form of an objective and immutable canon; which drives men by conscience and conviction back to those Scriptures for faith and practice. The Scriptures are the Holy Spirit’s voice! In John 17:17 Jesus Himself said, “Thy Word is truth.” In the Greek, Jesus used the noun-based form of the word truth meaning God’s word is the truth, not exhaustive, but what God has chosen to reveal. It is the barometer by which all other realities can set their course! God put Himself in a “box” called “Bible” and I’ll explain…

Two thousand years worth of saints have held this to be true. One little verse, Romans 13:13, convicted and converted the immoral St. Augustine, who set the foundations of Christian orthodoxy for millennia to come. For the miserable monk, Martin Luther, it was Romans 1:17. Luther wrote, “Night and day I pondered until I saw the connection between the justice of God and the statement that ‘the just shall live by his faith.’ Then I grasped that the justice of God is that righteousness by which through grace and sheer mercy God justifies us through faith. Thereupon I felt myself to be reborn and to have gone through open doors into paradise.” (Here I Stand, p. 49) For the American revivalist, Jonathan Edwards, it was 1 Timothy 1:17. Edwards writes, “The first instance, that I remember, of that sort of inward, sweet delight in God and divine things, that I have lived much in since, was on reading these words, ‘Now unto the King eternal, immortal, invisible, the only wise God, be honor and glory for ever and ever. Amen.’ As I read the words, there came into my soul . . . a sense of the glory of the Divine Being; a new sense quite different from anything I ever experienced before. Never any words of Scripture seemed to me as these words did.” (Works, vol. 1, p. xii)

Scripture as God’s actual word was taught by Peter in 2 Peter 1:20-21, “But know this first of all, that no prophecy of Scripture is a matter of one’s own interpretation, for no prophecy was ever made by an act of human will, but men moved by the Holy Spirit spoke from God.” In verse 19 Peter says that a prophetic word has been made “more sure” to him by (or than) his time with Jesus on the Mount of Transfiguration. He continues in verses 20–21 to undergird the authority of this prophetic word by saying it is part of Scripture, “No prophecy of scripture is a matter of one’s own interpretation.” Peter is not saying that only prophetic parts of Scripture are inspired by God, He is saying we know the prophetic word is inspired, precisely because it is a “prophecy of Scripture.” Peter’s assumption is that whatever stands in Scripture is from God, written by men, carried along by the Holy Spirit!

Peter’s teaching is the same as Paul’s found in 2 Timothy 3:16, “All scripture is inspired by God and profitable for teaching, for reproof, for correction, and for training in righteousness.” The point is that Scripture is the means by which the Holy Spirit speaks and the Holy Spirit is not relative, bifurcated, or schizophrenic in His appeals. A regenerated life surrendered to the Holy Spirit will always point back to Scripture for faith and practice! (Prov 30:5-6) Christian orthodoxy has held this truth for 2,000 years.

Johnson interfaces with the biblical text from a trichotomous perspective (body, soul, and spirit) urging an experiential experience over doctrinal truth. This trichotomy initiates what theologians often warn against, “forcing an anti-intellectual tendency upon faith… leading to a neglect of sound doctrine… neglecting the role of Bible study.”[4]

As can be expected, Johnson’s faulty theological foundations can be found elsewhere in heretical history, specifically in forms of Gnosticism and Syncretism. Much of Johnson’s Dominionism coincides with historic Gnosticism, a heresy debunked by the early church.

Gnosticism is simply the belief that some people retain a secret, higher knowledge, of spiritual matters, and are therefore elite in their spiritual understanding and spiritual power. This of course flies in the face of the simple Gospel which specifies that every man can have Christ to the fullest regardless of race, color, and creed, due to the indwelling Spirit and imputed righteousness of Christ.

Johnson’s entire ministry is built on the expectation that his church experiences special blessings including falling feathers, walking with angels, gold dust, animal growling, raising the dead, and miraculous healings. Listen to an example of Johnson’s Gnostic position as he proposes an “insider” role for his congregation:

Jesus stood before His disciples, before Nicodemus in John chapter 3, and He made this statement, He said, “No one has ascended into heaven except he that descended” (John 3:13). Now, this is before His death, before His Resurrection; so He was describing here a lifestyle of intimacy with the Father where even though He was standing on earth, He had ascended into heavenly realm in His relationship with God. The point being, that is an invitation for every believer…[5]

The sad outcome of preferential Gnostic teaching is that Johnson’s adherents have pursued means unto this supposed end. One frightening display is called “grave sucking” wherein people lie on the grave of a deceased individual, often charismatic faith healers, to supposedly “access their Spirit power from the dead bones.”[6] This is a form of Syncretism where Biblical belief systems are intertwined with Pagan practices to heighten a supposedly spiritual experience.

Calling up dead spirits “necromancy” is something the Bible blatantly condemns. (Lev. 19:26, 20:6, Deut. 18:10 Gal. 5:19-20, 1 John 4:1) God rejects this practice because it places emphasis on the physical realm instead of on the Word of God. This link to Gnosticism and Syncretism are fundamental heresies.

Further examination of WHIE proves Johnson operates with no theological system. At times, he presses Kingdom Now theology. At times, he leans into historic pragmatism (if it works, it’s true)[7] while at other times he proposes a more postmodern existentialism (if it’s true for me, it’s true).[8] This quasi-deconstructionism could be summed up in the following manner: If there’s something extraordinary, it must be God, and everyone who questions me is wrong.

This frightening position that “experience proves theology” is subjective and irrational. Truth and experience are interrelated – in the long run your truth will always impact your experience. As Christians we must always run our experiential circumstances through crystalline teaching and objective truth! Whenever we notice supernatural, phenomenology (study of phenomena) we must demand a method for isolating the experience, clarifying the experience, and thus determining the true nature of that experience or we are in fact making ourselves into little gods.[9] Objective truth provides the guidelines for the experience, not vice versa. Without this guideline, none can determine what is of God, the devil, or self.

Johnson’s fatal flaw is misinterpreting the Bible. This improper position on God’s Word paves the way for his mystical theology, ignoring the simple Gospel, burgeoning into a health and wellness style ministry, and culminating in a dangerously quirky worship practice of falling gold dust, oil, winds, clouds, fragrance, sugar sprinkles, small gems, and falling feathers. Johnson simply refers to this as “God coloring outside the lines.”[10] Sadly, Johnson has missed that God provided the box and the lines of “special revelation” called Scripture, and if it were not for those lines there’d be no way of discerning God clearly. Moreover, the only way we can be certain of worshipping the true God is by staying within the very lines He gave!

[3] For study on the sect of Montanus begin with Bruce Shelley, Church History in Plain Language, Thomas Nelson, 1982 pp. 64-66